This took some time, but I finally got it! 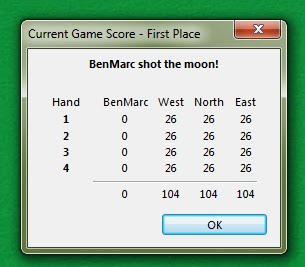 After our fun Christmas Vegas vacation we got to go to Orlando for another quick trip. It wasn't the best week to go to Florida, I guess it was the coldest it's been in over 100 years, but it was still a great experience. Ben had a conference and training at the hotel we stayed at. If you are interested, it was for wind tunnel training. Ask him if you want more info, all I know is that these tunnels get to some Mach speeds and I don't get it all so he is better to talk to. He was busy most the time with work but we did get some fun days in.
The hotel we stayed in was ginormous. I guess it's Marriott's largest hotel.

It's called the Marriott World Center and it is right next to all the Disney parks. Our view was awesome from our room. We could see Epcot, Downtown Disney, Disney's Animal Kingdom, just to name a few. Every night we got to see fireworks from these parks too. It was so cool.
Our first fun day we went to Disney's Magic Kingdom. It's pretty much exactly like Disneyland in California minus the Indiana Jone's ride. If we would have known this we would have gone to one of the other Disney parks instead, but we still had so much fun. With the weather being super cold this week there weren't as many people at the park. The longest we had to wait to go on a ride was probably 15 minutes. Can you believe that? Well, we did use the quick passes as much as we could so that kind of helped, but still. Have you ever heard of that? When we got to the park at the opening hour we walked right up to the gate and were first on the ferry to get over to Magic Kingdom. (yes, we rode a ferry to the park to get the more magical experience :) ) Here are some of our fun Disney pictures:
I had to show off my Goofy ticket :) 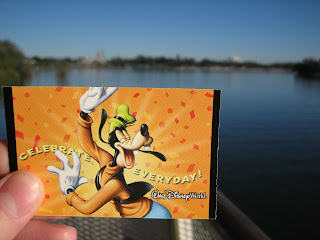 Riding the ferry to Magic Kingdom 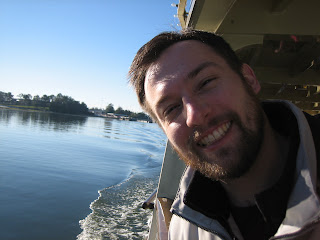 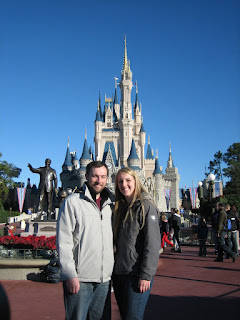 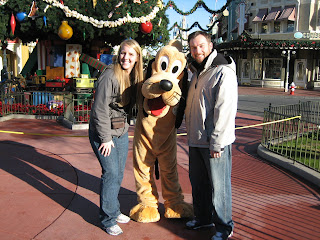 Western Goofy... what the?? I want normal Goofy. Oh well. 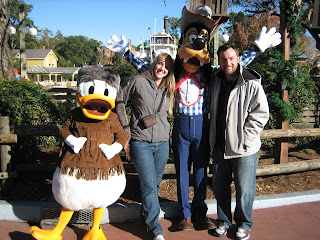 Aladdin! He had me point my toe like a princess and later on commented to another couple about a nice camel-toe... I swear that's what he said. Ben doesn't think so but I do. 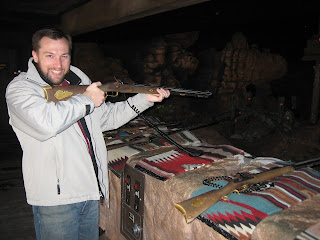 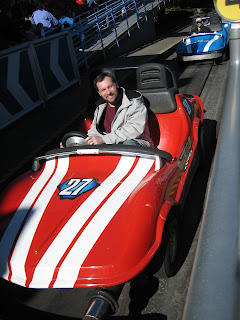 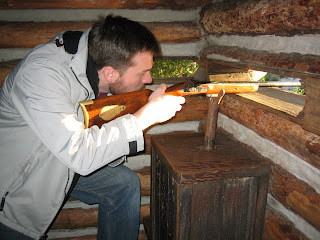 This was just sooo pretty. Something I will not forget. 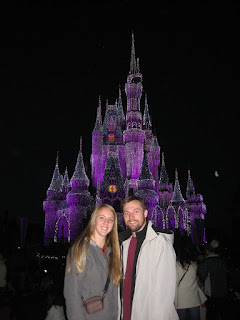 So Ben was back to work the rest of the week except for Sunday, we left Monday. I did go to the library before we left and checked out The Host by Stephanie Meyer. I didn't read it all while we were there but most of it. It was a pretty good book. So while I was looking for a little picture to put on here I just learned that they are making it into a movie. Who's going with me to see it?

Sunday came around and we decided to just take a drive to Cocoa Beach and to take a little stroll over by NASA. didn't get to visit the space museum because we were a little late but we still could see the space shuttle from a distance. (How awesome would it be to be at Cocoa Beach when it got launched?) Cocoa Beach was way to cold to get into the water, or to even take off our sweaters. I don't think we would have wanted to swim in this water anyways. As we were walking along the shore we had to watch where we stepped because there were dead fish everywhere, yuck! It was still fun to see. I just love the beach! 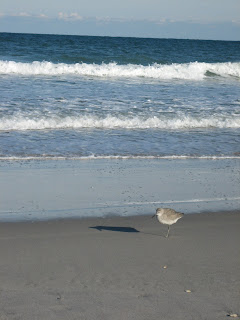 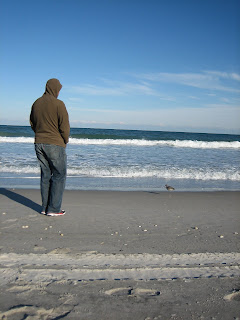 That's our trip to Florida! We had tons of fun and can't wait for our next vacation. We are planning maybe a quick trip to Lake Tahoe to visit Ben's brother Joe and a camping trip up in Wyoming with my family. Can't wait!
Posted by The Andersens at 6:50 PM 2 comments:


ok... so I am really, really bad at this. At least I get on here sometimes to update though right?

We got to go down to Las Vegas for Christmas and New Years. We had so much fun seeing our family and friends. It's a rarity for all of the Forbush's to be together and this past Christmas was one of those times. We had a BLAST! It's so hard living so far away from these cute little nieces and nephews. They are grwing up so fast. At least we have little Andersen near by now.

So I am really messy with all of this but here are some of my favorite pictures taken while partying it up with both families. 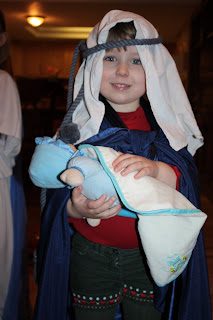 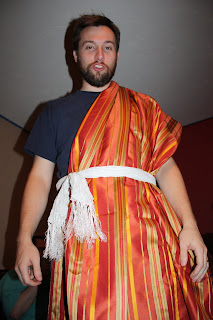 Porter hates plaing dress up... maybe it's too much of a girl thing for him? 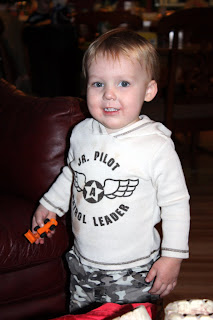 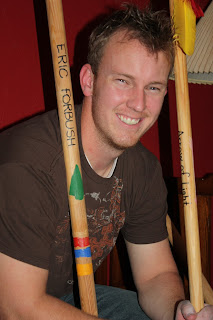 Eric... aren't you a little old for this Mary? Eric got to play Joseph at the Forbush house and Brooke got to play Mary. 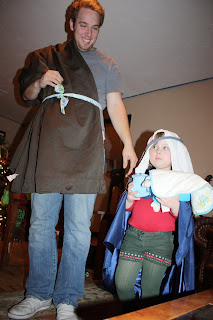 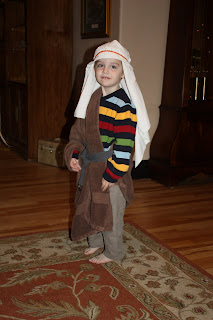 Now this is just sick... 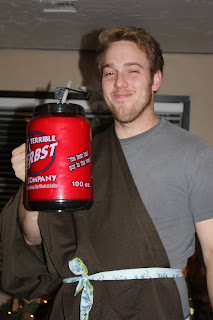 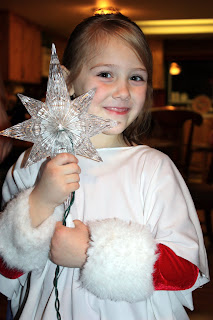 Posted by The Andersens at 3:00 PM No comments: 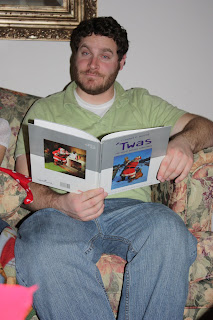 So, there was a talent show and my mom-in-law wanted me to sing... uhhh... no. I asked if I could dance instead. So Ben and I are dancing while they sing. This is pretty much my best talent... 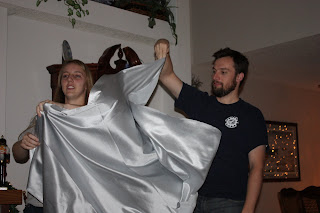 Zach played his trumpet. Zach, you are awesome! 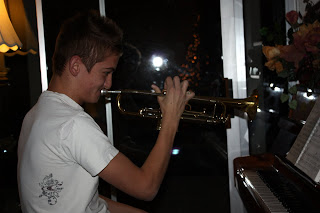 G-ma and G-pa Leavitt even made a stop by. Here is Tresa with Andersen 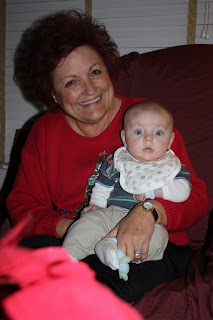 Posted by The Andersens at 2:59 PM No comments: 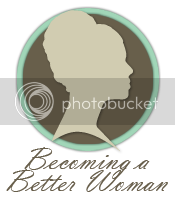 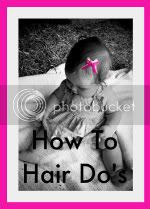